I did a short impromptu photo shoot with Kaylee yesterday and wanted to share the pictures. It was so hard to pick my favorites, so many turned out really cute. 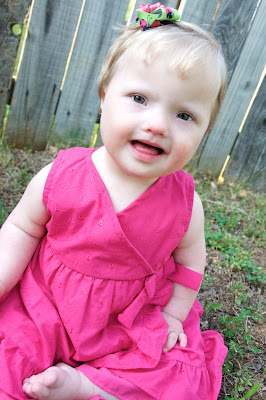 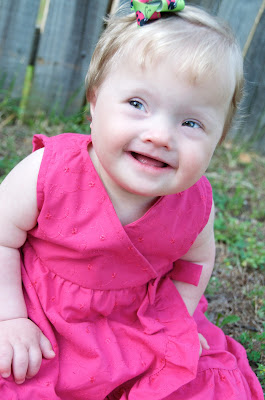 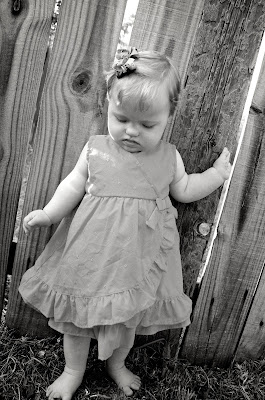 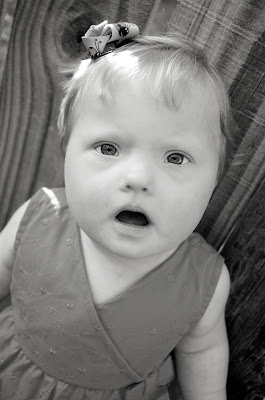 It really is hard to pick a favorite, but I really like this one, probably just because she looks like a baby here and really, she does act like a baby. 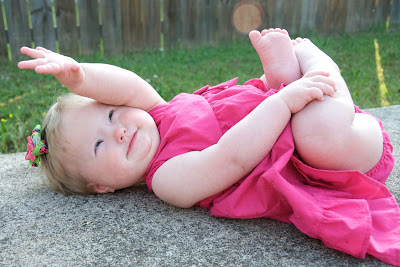 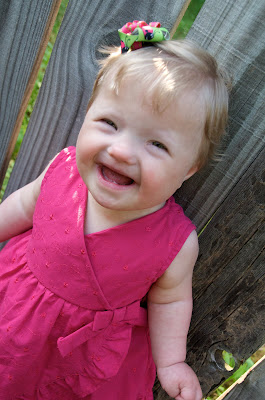 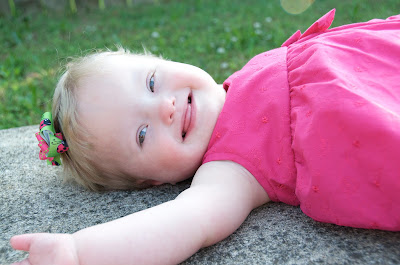 Kaylee is doing really well. She really is a very fast learner. I figured out today how to get her to crawl. Actually it kind of was my friend Lindsay's idea, she said the only way she will be able to get Ana to do anything is with food, so it got me thinking. I put a gerber puff a few feet in front of Kaylee and had her crawl to it. I know, it sounds like something you do for a dog, but you know what, it worked. We did this for about 15 minutes. And she was even crawling with her head up, though I think she doesn't have very good muscle control of her legs with her head up, strange how that works. She did more of a hop like a rabbit than a crawl, but she was trying so hard.

We also worked on walking today. I would stand her up against the couch and hold out my hands for her to walk to me. Normally when I do this she just falls forward, but today she actually took a few steps.

For the first couple of days back home, things were very difficult and I wondered why we adopted her, not that I think we shouldn't have, but that I wondered what I really had to offer her that the orphanage couldn't have or didn't. I pretty much felt like I was only meeting her physical needs. But now that I see how smart she is and how much she truly wants to learn, my view has completely changed. She is already thriving and doing so much better than she was before.

Kaylee has started to scream and cry unless I am holding her or sitting on the floor next to her or doing something directly with her. It completely baffles me as to why she does this. She has sat in a crib for the last 2 years, why would she be so needy now. It does frustrate me, but I am trying really hard to be patient. I have cooked dinner while wearing her on my back in a sling. She seems to be happy with that. I really hope this phase doesn't last too long. If only I knew what she was thinking and feeling. 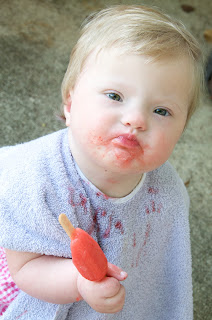 She's a true American now, eating a popsicle. This was her second popsicle since coming home and she loves it. Today, she actually held the popsicle while eating it, and this is a huge thing. I think she must have some sort of sensory thing with holding stuff while eating or maybe it is so ground in her to not touch her food. Usually she cries when I hand her something, but this time she took the stick and started sucking away. 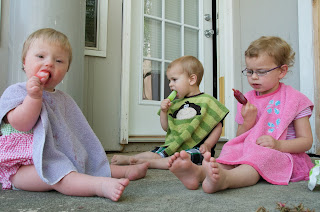