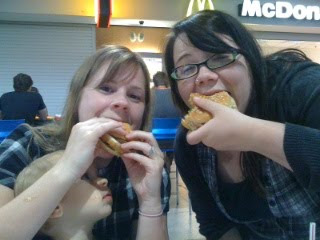 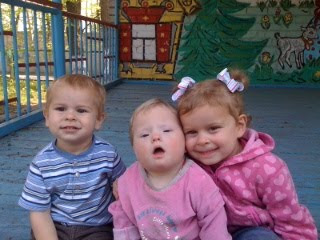 It's been a few days since I've written, so I guess it is about time I should update the blog. I actually did write a post a couple days ago, but then I accidentally deleted it and didn't want to take the time to re-write it. It is probably a good thing I didn't post it, because I had written it more out of guilt and i didn't write the truth about what was going on here.

I have been feeling guilty because I was so concerned with all that was going on here and wanting to go home so badly, all because I just don't want to be here anymore or visit the orphanage or eat the food. All the while people at home are suffering and going through huge devastation because of all the tornados last week. Our house and our family are fine, though I haven't heard from all of our friends. The last I heard, the death toll was up to 340 and there are still people missing. And most of our friends haven't even been able to get on the Internet, because they have been without power since last Wednesday.

Anyway, I've just felt selfish, because life is still going on here, and things are relatively fine, but I have still been complaining.

I should have been rejoicing when the judge granted us permission to be Kaylee's parents, but I didn't (well, momentarily I was happy), but then I think the stress of it all really got to me. And then we found out we would have to wait even longer here before coming home. Instead of the 10 day wait, it would be 12 days and then after the wait is when we apply for her passport, which takes about 5 business days. So instead of the wait being up on a Monday, it will be up on Wednesday, which means we will have to be here about a week longer due to the weekend.

Even though we went to court and the judge said we are to be her parents, things go on as they did before. Nothing has really changed, except that now we know we get to bring her home instead of being uncertain. I am definitely rejoicing over that. Court was so hard on me emotionally, I thought for sure they were going to say no about three times. Our facilitator was even nervous. There was a witness sitting next to the judge, they are supposed to be silent, but this one was not. He was trying to convince the judge that Kaylee was not healthy enough to travel on an airplane. Then at one point the judge asked the social worker about her age, he thought she was too young to be adopted. That she wasn't available long enough for a Ukrainian family to adopt. They are supposed to be listed for a year for ukrainians before being available outside of Ukraine, and for some reason she wasn't available for adoption until she was several months old. The social worker said that no one has been interested in her, only us, so it would be in her best interest to be adopted by us. Thank the Lord this convinced the judge.

Things have not changed much, we still visit Kaylee twice a day. We did go to the Ukrainian circus this weekend. It was interesting, my first thought was "there are children here", the women were hardly dressed. It opened with a couple on an acrobat ring thing, I would say that because of what the woman was wearing and what they were doing would have made it at least rated R if it were a movie. I was quite embarrassed having brought our children, and this place was a family thing, it was full of children. Anyway, it did get a bit better. Justus loved it, Malika did not, because it was very loud, she wanted to go home.

After it was over, we went to eat at McDonald's. It tasted so good while eating it, but then I felt sick after, probably because I haven't eaten fried food in the past 5 weeks. It was so nice being able to get out and do something different. I think we will try to go into town again next weekend too.

I will write another post soon about her name, I have something really interesting to share about that.
Posted by Crystal at 3:06 AM