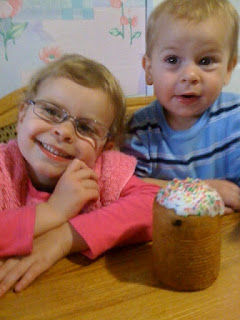 We are all sick. It isn't anything major, I only hope we don't get any worse. I was in the bathroom much of the night. No more little un-refrigerated pizzas, at least that is what I think caused my sickness. They do not refrigerate their meat here. In the grocery store there are whole chickens just sitting on the counter. They even sell meat out of the back of cars, and it is not in coolers, and people just walk up and touch it. It may be harmless, but goes against everything I have been taught, so it scares me. When we first got here, we bought chicken, but it was bad, so we pretty much stay away from the meat. Except for those little pizzas. I usually take the meat off mine ( I have no idea how long it has been sitting out). The one I ate yesterday didn't taste right. The one the kids ate tasted fine though. So that is my theory as to why I am sick. The kids just have runny noses and coughs.

Last week at the orphanage, all the little girls were dressed up and they were headed somewhere, I'm guessing it had to do with Easter. I also saw someone carrying this tall little bread like thing with white frosting and sprinkles, the way they were carrying it, I knew it was something special. Then, the other day when we went to the store we saw those little bread things too, hundreds of them. So we bought one. It was like a raisin bread with a frosting on top. I figured out it was an Eastern European Easter bread called Paska. Ours was just white, but can be made with swirled white and yellow, the yellow represents the resurrected life of Jesus and the white represents the Holy Spirit. I think that I would like to start making them for Easter to continue on some of the Ukrainian heritage for Kaylee. They weren't bad tasting, but would definitely be better homemade. (the paska bread is in the picture)

Only a few more days until Josh comes back. We made a calendar so Malika can count down the days, but I kind of think it is more for me than her. The kids don't understand so much, it is hard. We talked to Josh on the phone last night and afterward Justus put his head on my shoulder and cried "daddy". Then when I was putting The kids to bed, Malika cried and said "I just want daddy". I'm so glad the separation will end soon, I don't know how families in the military do it.

Last week, I took just Malika to the orphanage with me one time to spend time with her. I was curious as to what she thought about being here. I asked her if she liked it here, she said yes. Then I asked if she wants to stay here, she said yes, but she really wants to go home too because Grammy and Poppy and Liberty (our cat) love her. She said this in kind of a frantic voice, maybe wondering if we were going to have to stay here.

Kaylee learned how to slide down a slide all by herself today.