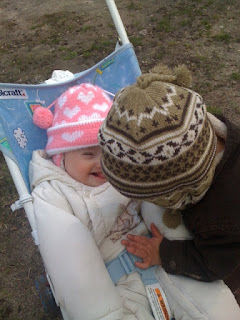 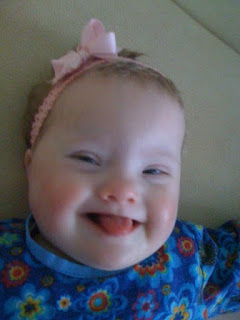 Josh left yesterday to go back home for two weeks. Saying goodbye to him was probably one of the hardest things I've ever done. It is already had being here, but now having to do this on my own, without Josh will be harder. I am praying for the time to go quickly.

It is very difficult going to the orphanage for 4 hours a day with not much to entertain your child. Some people have these amazing pictures on their blog of play rooms with toys. Can you believe it! They a actually have toys or even a room to play with their child in, but not here. We have the main hallway to play in. And they have so many rules here. The most ridiculous rule, is not being able to sit on the floor. It makes it really hard to bond with your child when you can't just sit down and play with them. Then, yesterday, one of the nannies tried to get us to take some shoes for Kaylee, we had already tried on the 2 pair they gave us for her, one was too big and the other too small, so then they told us we can't let her feet touch the ground with just slippers on. Luckily, I remembered the shoes I brought for her. So, then today, I got in trouble twice for letting the kids do things they shouldn't. The first was letting Kaylee touch the curtains, I thought it would be good for her to experience different textures, but some lady yelled at me for it. Then a few minutes later another lady yelled at Justus for standing on the couch. I already felt on guard with being watched, now I will have to be extra careful. I look forward to going home and just sitting on the floor. I still don't even know if Kaylee can crawl.

When we first got here, there was this little kid in Kaylee's class that I was sure was Quinton, it turns out, she is a girl ( sorry Carol, still haven't seen him, he must be in a different group). Anyway, she is so adorable. I think she must be older than Kaylee, but even more delayed, because as far as I can tell, she can't even sit up. She and Kaylee share the same play crib. I asked her name, they said Sonya. I was planning on asking Marina more about her and why she is not listed on Reece's Rainbow. I have been thinking the last few days, that if I can convince Josh :), I want to come back for her ( as much as I never want to come back, I will). Anyway, today when we took Kaylee back to her class, this lady came in, the nannies gave Sonya to her. She was crying so hard, I couldn't help but cry as well. I asked if she was the mom, they said yes. This just breaks my heart, because you can clearly tell she loves her child, greatly. But, it is just not accepted here to raise a child with DS. The saddest thing, no matter how much she loves her child, or how much she visits her, she will still have to live her life in an institution. I am still going to ask about her.