Baby Juliet is almost 6 months now, so this is a bit late, but her 4 month pictures turned out so cute I wanted to share.  I have taken similar pictures of each of the children at 4 months old and took Kaylee's when we brought her home.

For those of you that don't know, Juliet has something called Vesicouretural reflex or kidney reflux. When she was 5 weeks old, she had a very high fever.  I thought for sure she just had a cold, but our pediatrician said with a baby as young as she was we needed to take her to the ER. They did so many tests on her, poor baby. She ended up staying in the hospital for 3 days. I felt so bad, I realized she had been sick for a little while and I just didn't know it. She had been a pretty fussy baby from the time she was about 2 weeks old until she was given antibiotics in the hospital. I just thought she was going to be a hard baby. After taking the antibiotics she has been so sweet and easy and sleeps well now.

There are 5 grades of kidney reflux, 1 being the lowest and 5 the highest or worst. She has grade 5. We were so sad to find that out, but glad it wasn't anything worse. We've been to see a urologist and he reassured us that it is treatable and that he sees many children with this condition. She has been taking antibiotics daily since she was 5 weeks old and will continue to do so until either she grows out of it or she has surgery. For her grade there is a high chance she will not grow out of it, but for right now we are just taking it one day at a time and have not really talked about surgery with her doctor yet. She also has to see the urologist every 6 months and once a year will have dye injected into her bladder to see if it has changed any.  We don't like the idea of her being on antibiotics for so long, but as our pediatrician has said it is a black and white situation. There aren't any gray areas with this condition, if she is not on antibiotics and she ends up getting a urinary tract infection she will likely have a kidney infection too and it could cause scarring and then she might lose her kidneys.  With Kidney reflux every time she urinates the urine not only comes out of the body but also shoots back up into her kidneys. The antibiotic is keeping her urine sterile so when it backs up into her kidneys it won't cause any damage.

Our sweet little goo as we affectionately call her is so happy and such a good baby. Everyone loves her and rushes to pick her up whenever she makes a noise. She does not act like she's sick and has been in good health since her stay at the hospital. We only have to monitor her temperature and be sure she takes her antibiotics daily, which she loves. She sucks it out of the syringe like a pro and we jokingly call it baby candy :) 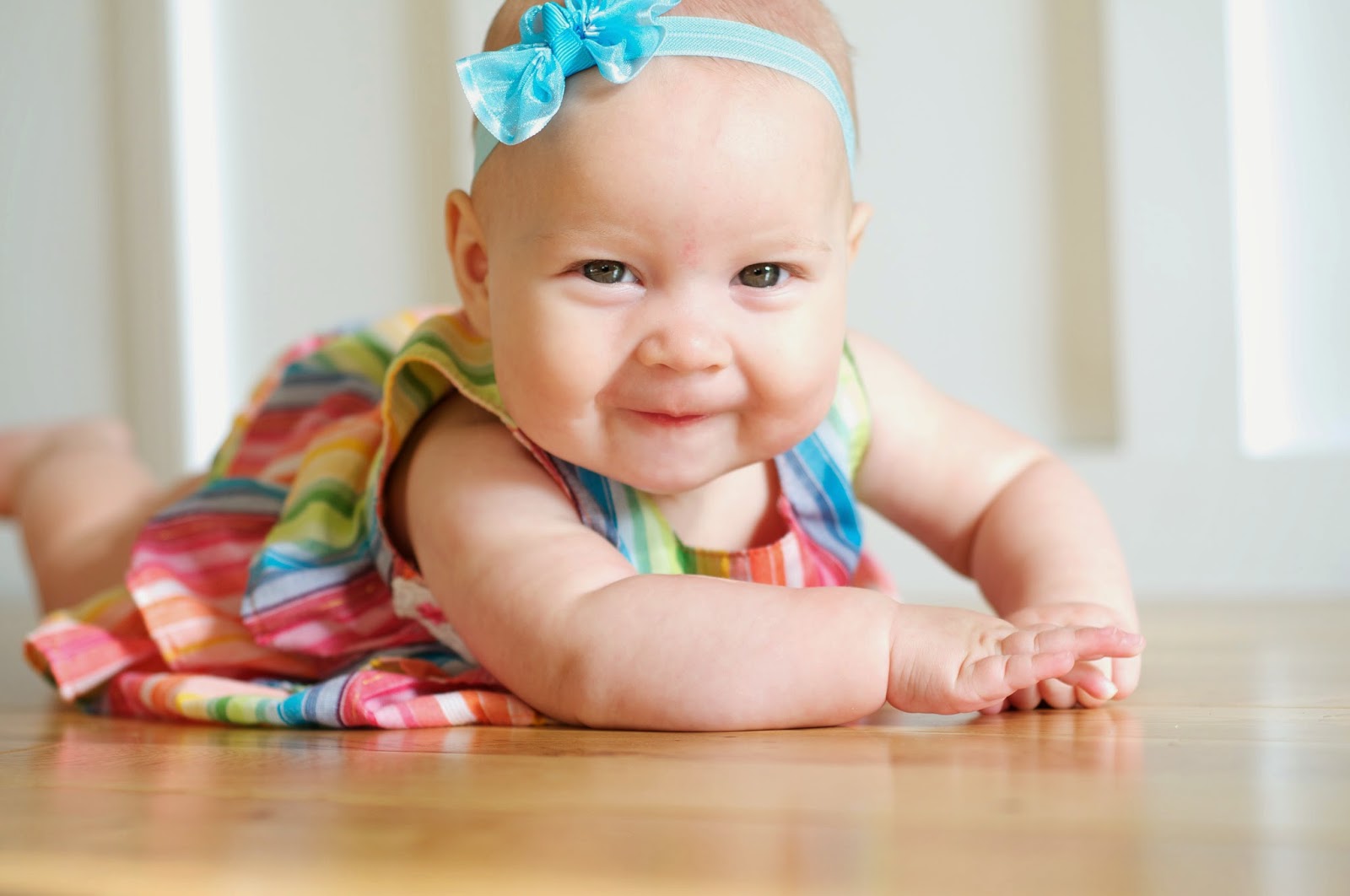 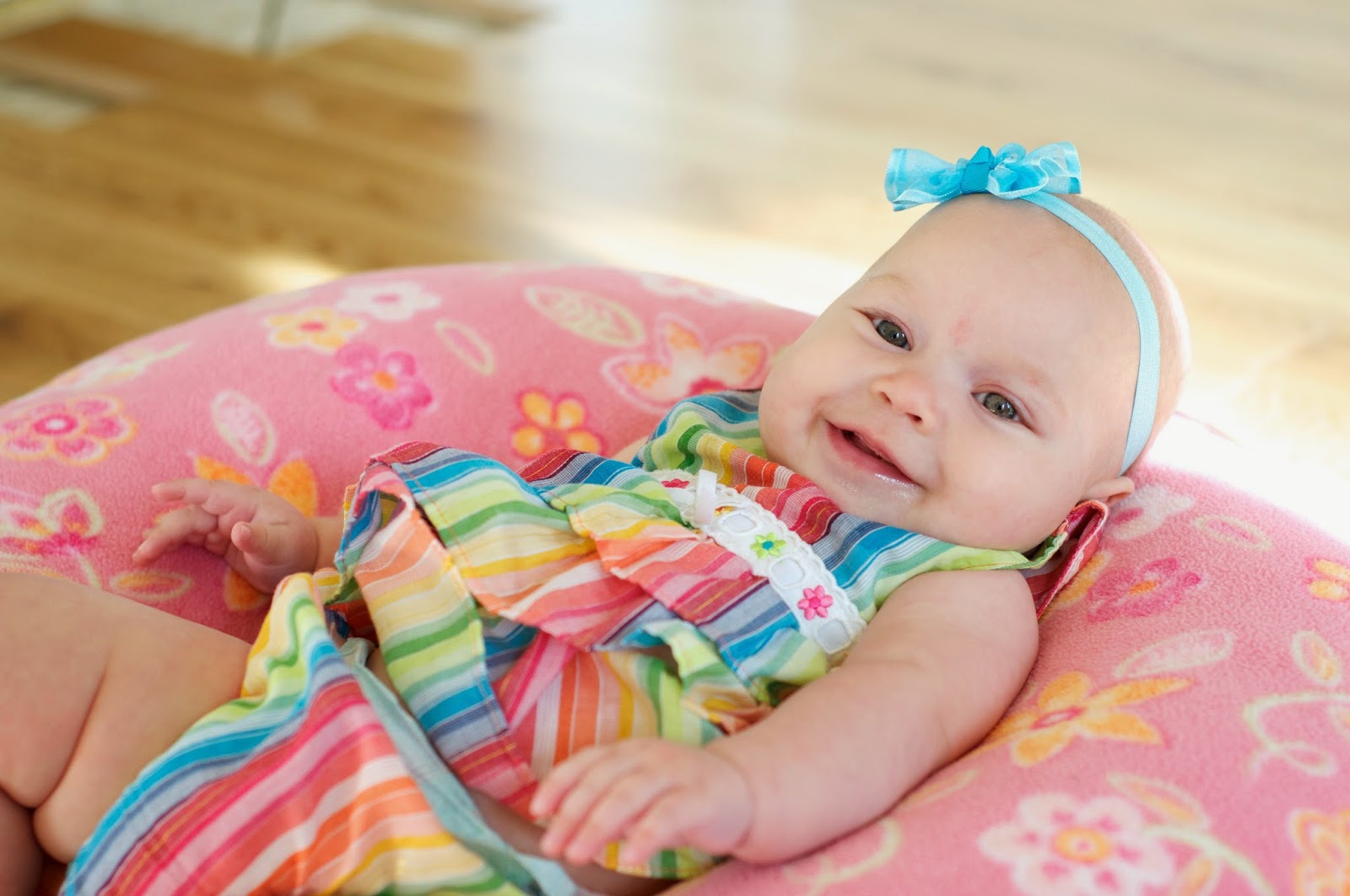 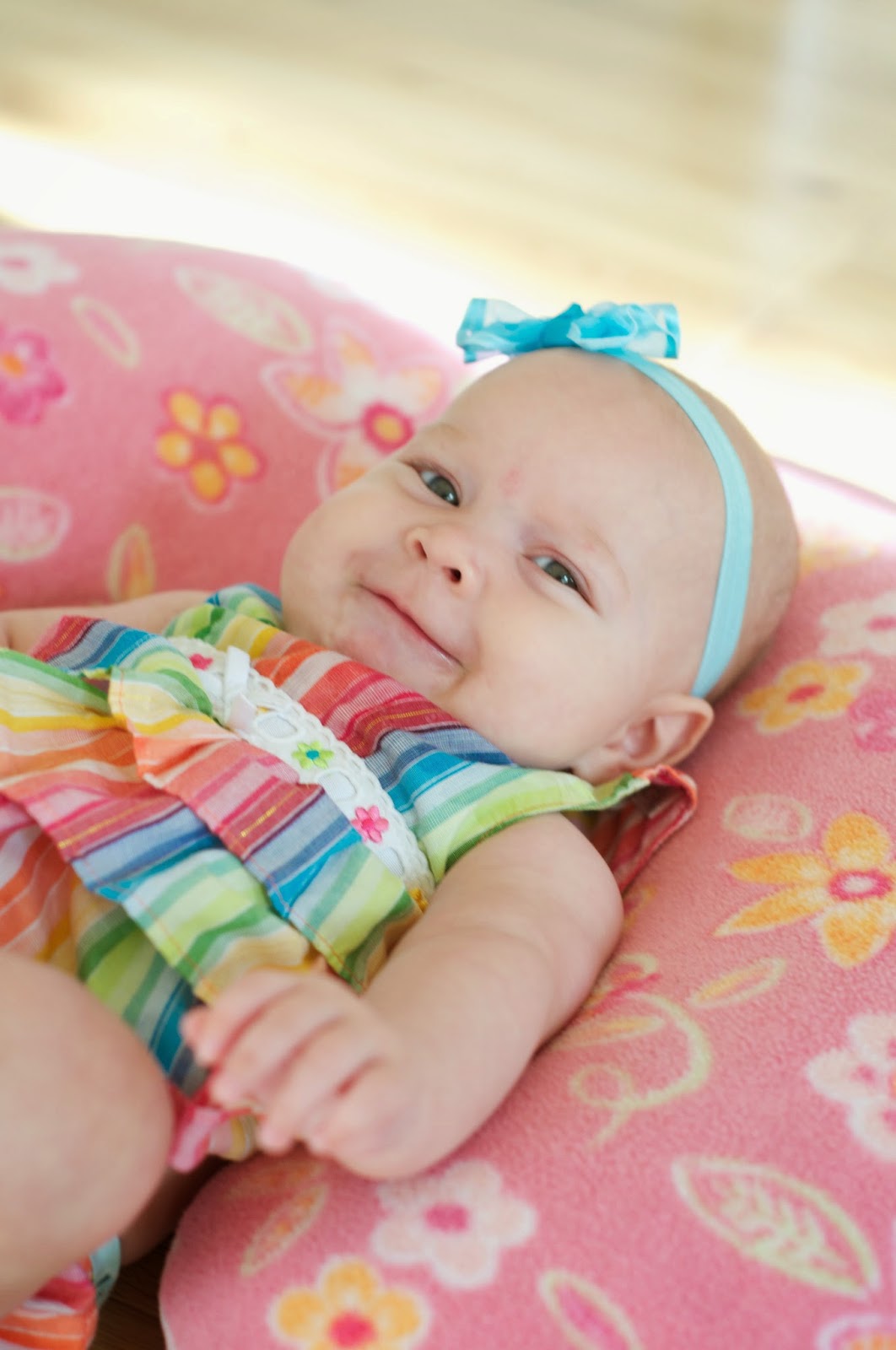 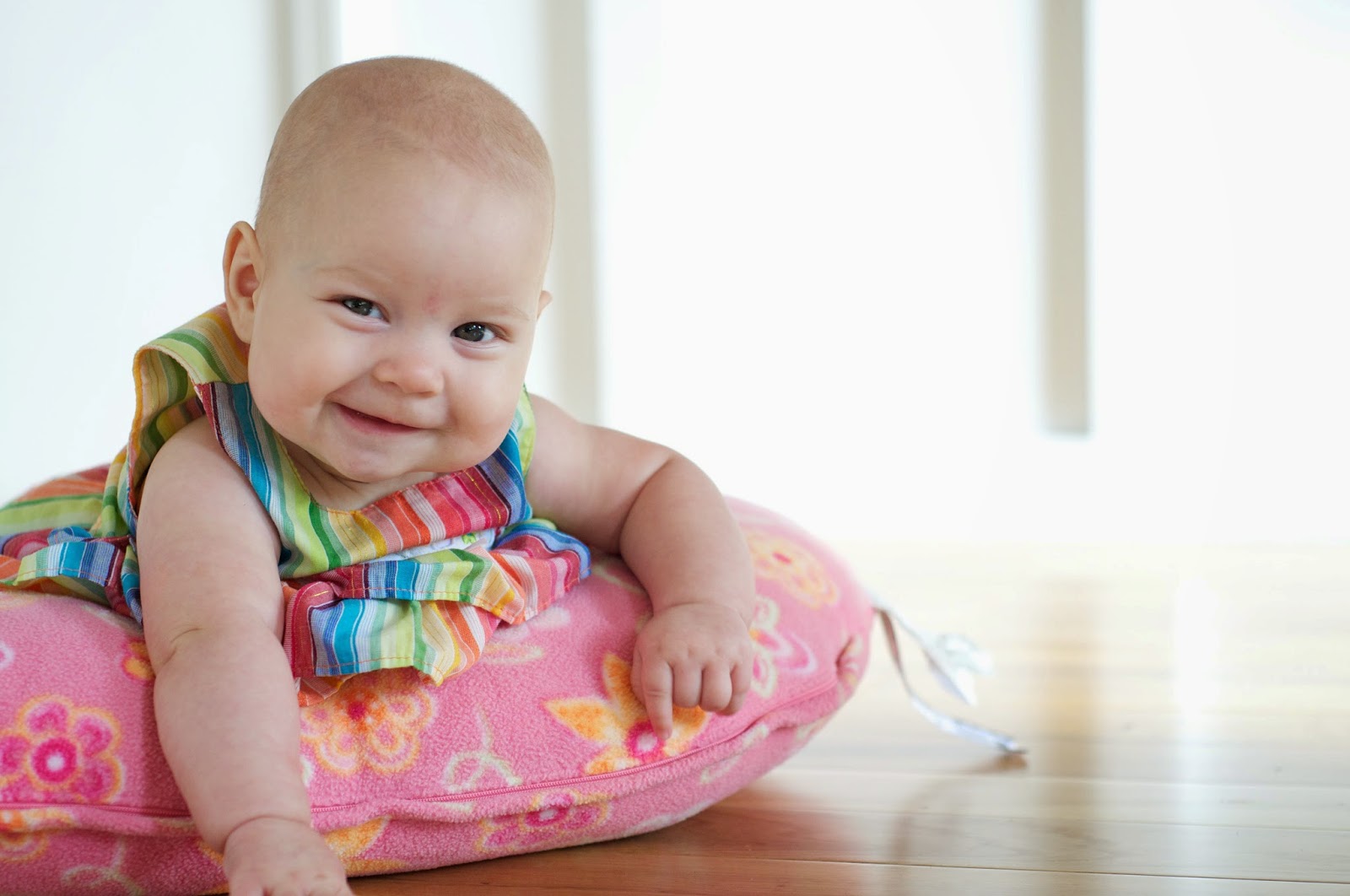 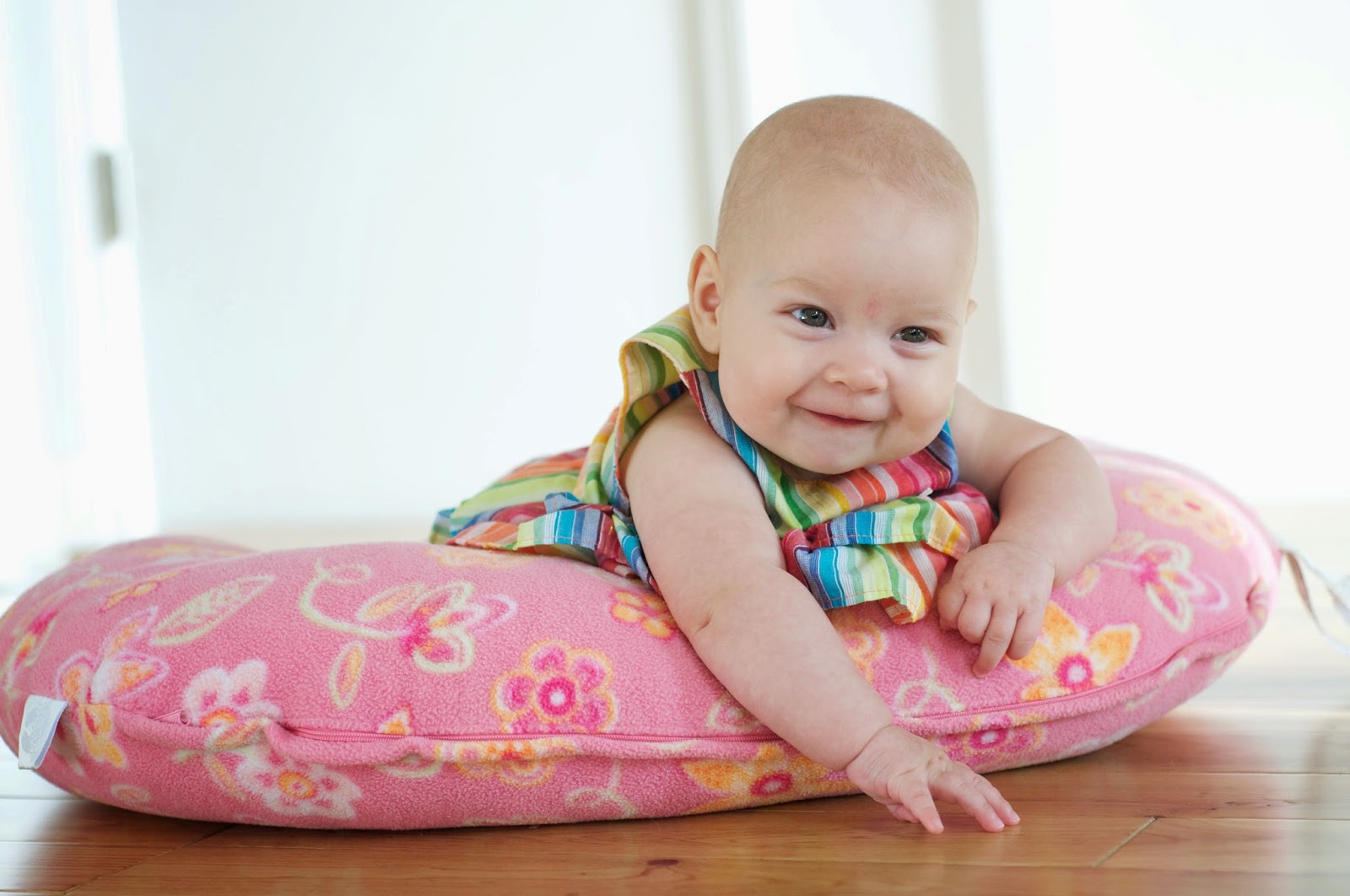 PS- my blog is so ugly and I hate it but don't have time to relearn html to fix it, someone want to be kind enough to fix it for me or at least point me in the right direction of someone who can?