So, about a month ago I wrote this post, posted it, then Josh read it. He said I would offend certain people with it, so I took it off. Then somehow messed up my blog trying to fix it (it's still messed up). Anyway, I am reposting it now ( a little revised :)

We have had many people disagreeing or just not understanding why we do what we do with Kaylee. Here is the reason, hopefully communicated in a better way.

We adopted Kaylee three years ago, right before her second birthday. Before we even brought her home, we were told of the many issues she could have with attachment and thought "no problem, we can handle this", but had no idea how hard reality really would be. We took her to the adoption clinic when we first came home and they once again warned us of the various issues we could have and gave us a paper we could print off and hand out to friends. The paper said things like we should be the one to feed her, change her, answer all her needs, hug her, etc.

We were already noticing that she was not attached and had indiscriminate affection with anyone and everyone. She instantly loved anyone and everyone who came over including the tile man and crawled to him when he came to measure our tile. She loved the other moms at the park, and likely would have gone home with them and not even thought twice about us. She HAD to have every person who came over give her attention, if they did not she would roll around on the floor and have the hugest fit ever. The first time she did this, I thought something was wrong with her. I had no idea that was the reason she was throwing a fit. Anyone who came over, she would crawl all over their laps, hang on them, beg them to pick her up, smack them in the face, pull their glasses off, incessantly point out her bow (for over 2 years) just to get the attention she craved and needed. At church, she would have huge crocodile tears when I left the room, but not for the reason one would assume. She was not missing me, she was smart and learned that if I was not around and she cried, someone would come to her rescue.

This is not such a bad thing, if you live in an orphanage. It is a fight for survival instinct. She needs love, she needs attention. But, it is not a good thing to have when you have a family and she needed to learn to trust us. To come to US. To have us meet her needs. To know, mommy and daddy are here to stay.

So, we tried to do what we were told and what we read in books about attachment. So many people gave us such a hard time about it.  I mean like, everyone. "She's just sweet because she has Down syndrome." "Just one hug won't hurt"  "She'll learn not to go up to people when she's older "(we are still trying to break habits in her that probably never will be broken, so that is not always true) "she knows you are her mommy" etc, etc, etc.

So, we stopped. And just let her be. But then we couldn't go anywhere or have anyone over. It was just too hard to always have to watch her like a hawk and make sure she wasn't snuggling up to some stranger or climbing in someone's lap and taking their glasses off or begging for food from someone we didn't know or running off. When people came over, she did the same things. I tried not to let it bother me, hoping it would just go away on its own. But, I knew I wouldn't let any of the other kids do it, so why would I let her? We were prisoners in our own home, we wanted a somewhat normal life again.

We knew we had to do something. We knew she wasn't attached to us, no matter what others saw, we knew we were the same to her as my parents or our friends or some random stranger. For good reason. She didn't know what a mom and dad were. She didn't know we were supposed to be the ones she was to turn to. She likely had 10 moms.

So, we stopped any and all physical contact with other people. If we went somewhere, she stayed with us. If someone came over, she stayed with us. We told all of our friends to please not pick her up, hug her, kiss her, allow her to sit on their laps, let her lean against them and anything else that was connecting her physically to someone else. When we go someplace or if someone comes over, we would warn her beforehand and say "we are going in the store/ friends are coming over, you are not to go up to anyone, ask them to hold you or hug them", then we'd say " who are you supposed to hug?" At first, we'd give her the answers, now she knows them on her own. "mommy and daddy and brothers and sisters" Are we to hug strangers? No. Are we to hug friends? No. You can say hi, you can shake their hands, you can give them a fist bump, you can play. If she did not listen, then I would keep her by me. If the other person did not respect our wishes and do as we ask, then we kept her with us. She was happy, she did not feel left out. She wasn't sad. We loved her. We hugged and kissed her many times during the day.

We have been doing this for about a year. With much resistance from others. I have cried many times wondering if we are doing the right thing.

It has worked though. I would say she is mostly attached now. A huge example is today we went to the mall to play. I sat on a bench to nurse the baby while the kids played. She PLAYED!  A year ago, she would have been more interested in going up to someone or getting attention from one of the other moms. She said hi to people and she was happy, so she is not deprived of love as one person has said. She even called out to ME a few times from across the room as she was playing, she wanted to show ME something.

This does not mean that we can just forget about it and let her do as she pleases though. A few weeks ago, we noticed that she was doing much better and were going to just let her start hugging people naturally and see how it worked out. Then, someone came over and hugged and kissed on her. She then started to hug and kiss everyone she would see, so we know it is something we need to gradually work on and still have boundaries.

Really, I'm kind of sick of hearing people say she is this way because of having Down syndrome. I wouldn't allow my other kids to go and hug all over strangers, so why would I think it was ok of her? Can she not learn? Of course she can, she shows me every day how capable she is.


Update:
We are trying to allow her to hug people if she asks to hug them, only if we are around. What we do not want is for people to initiate hugging from her, but to naturally let it happen if she wants to hug others.

I want so bad for her to just be treated like any other almost 5 year old would be treated. If that means ignoring her, then by all means, please ignore her. As harsh as that sounds, I would much rather that than she have special treatment from a stranger or even well meaning friend.

We DON'T know what we are doing, but we are doing what we feel is best for her. We've never done this before, we are definitely not pros at this. I know many people will not agree with us in how we raise her. As hard as that is for me and as much as I hate that, in the end we are the ones who have to answer to God for how we were as parents, not those around us. 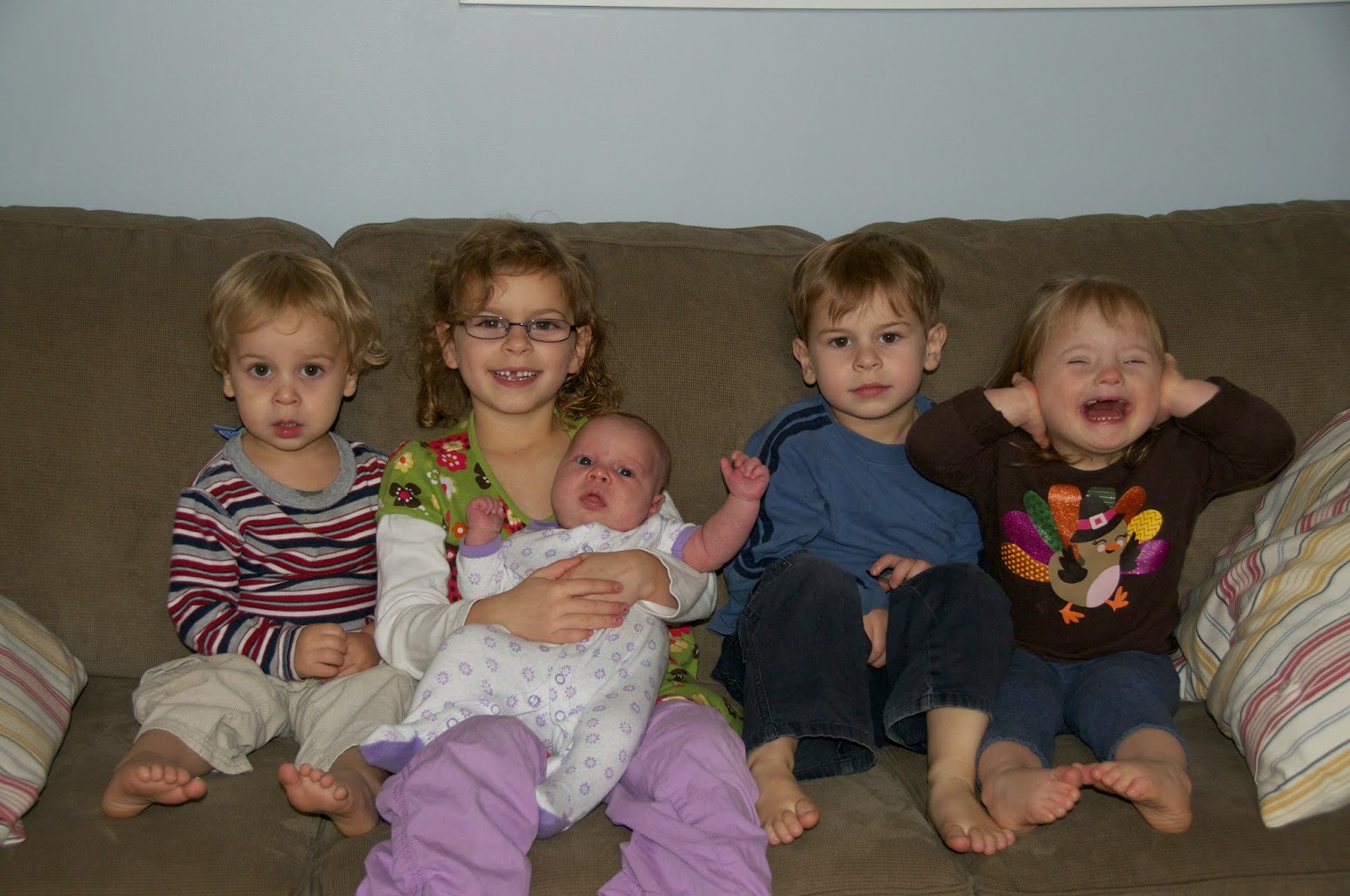 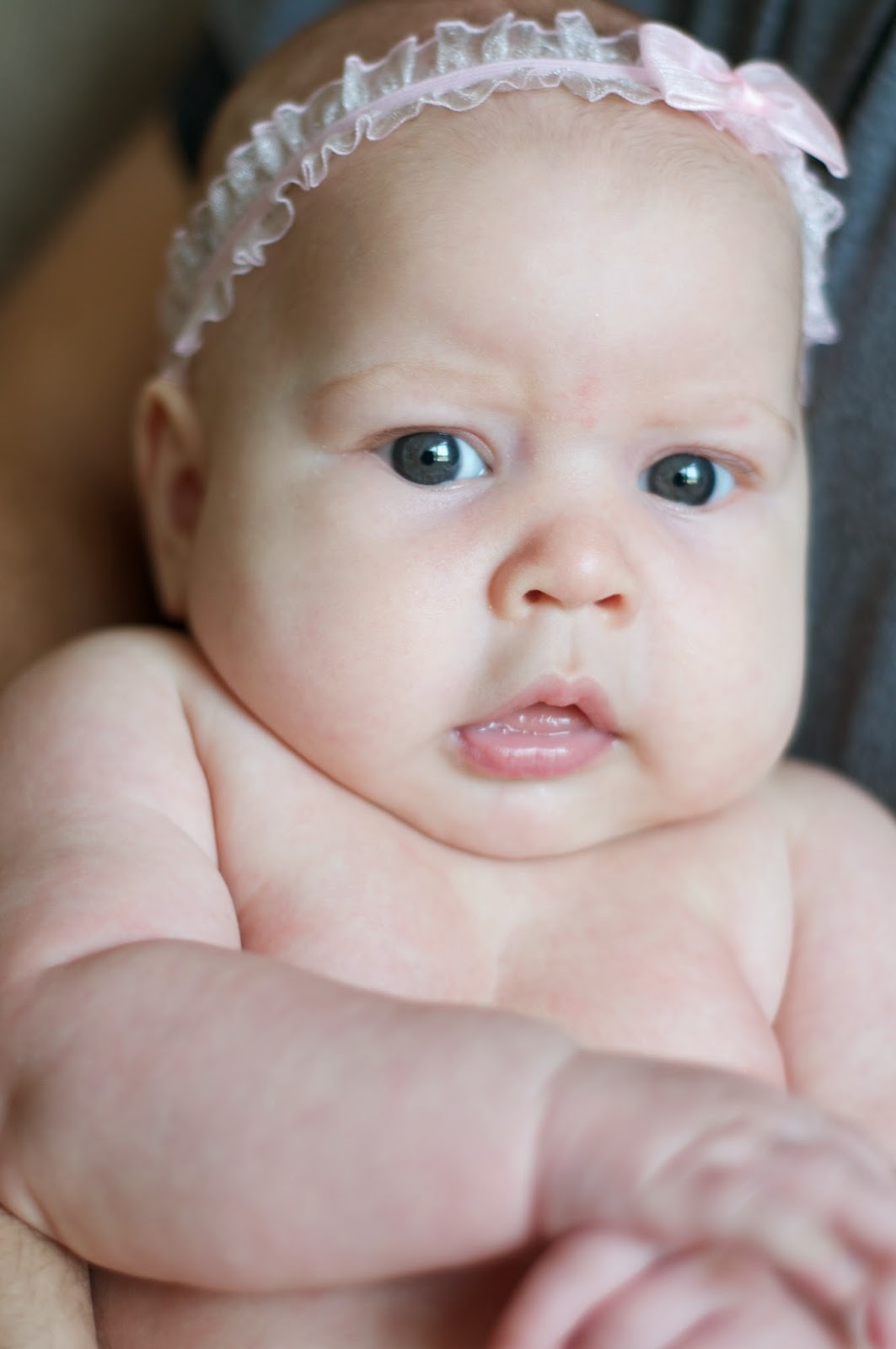 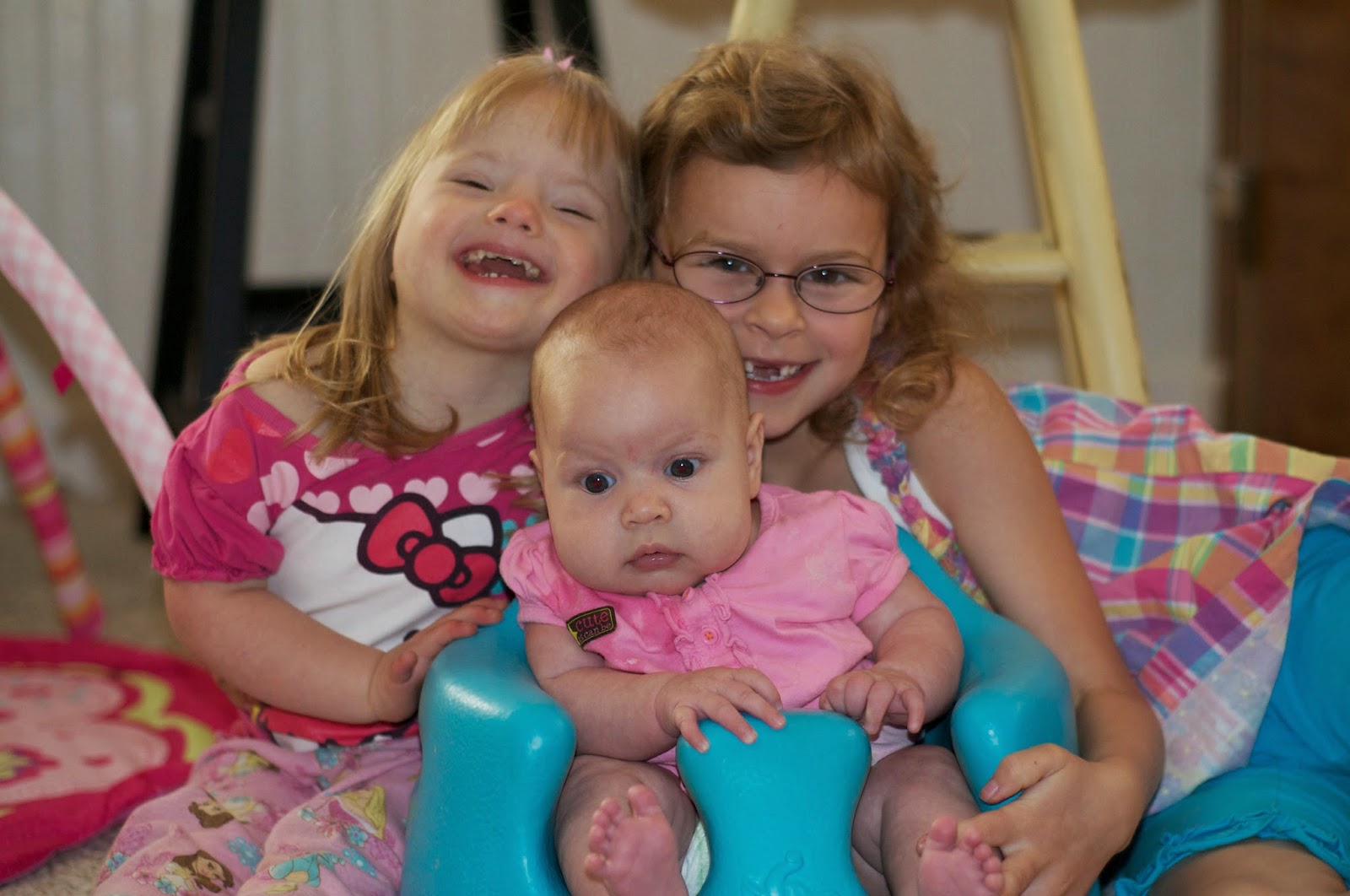 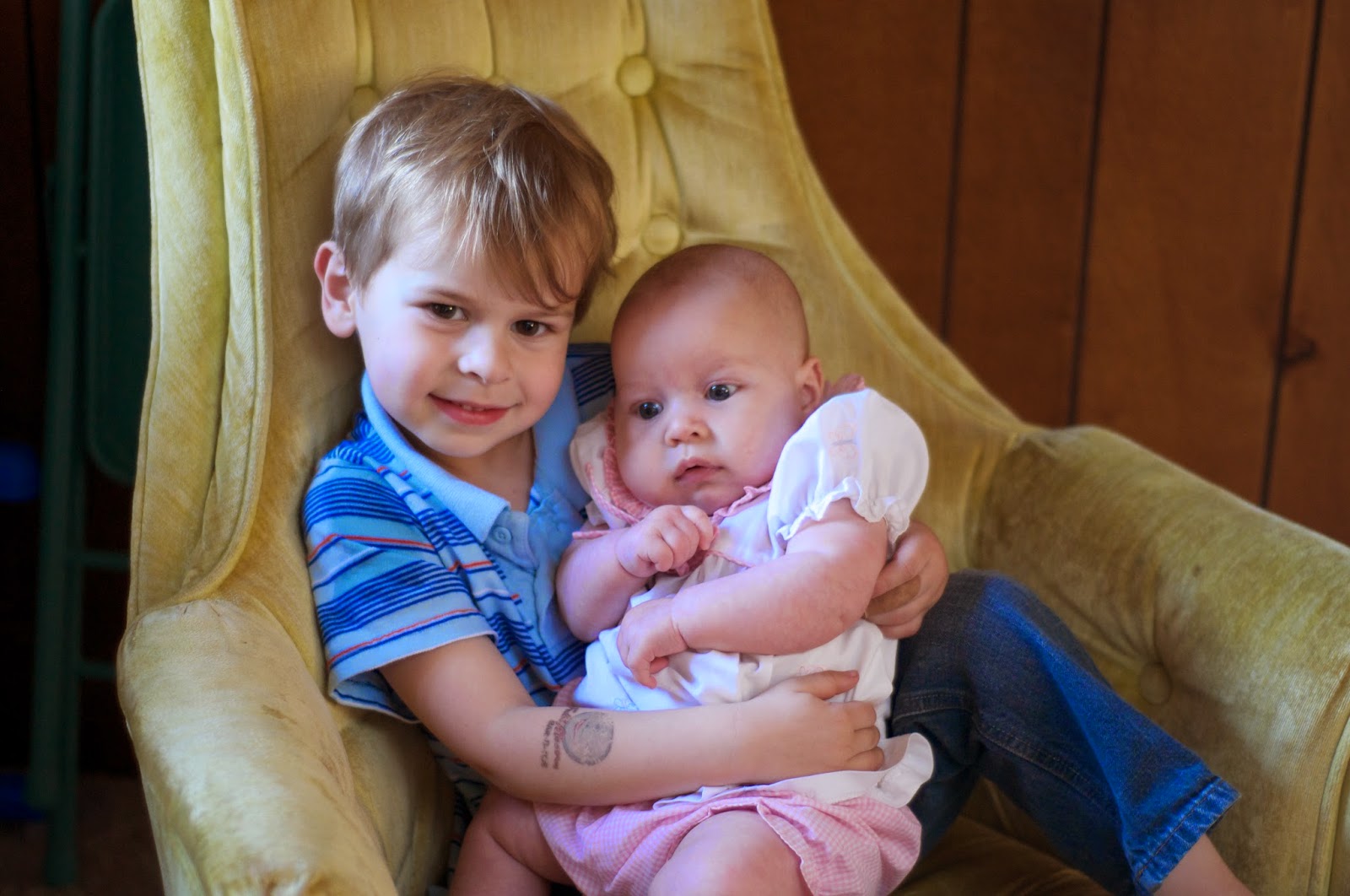 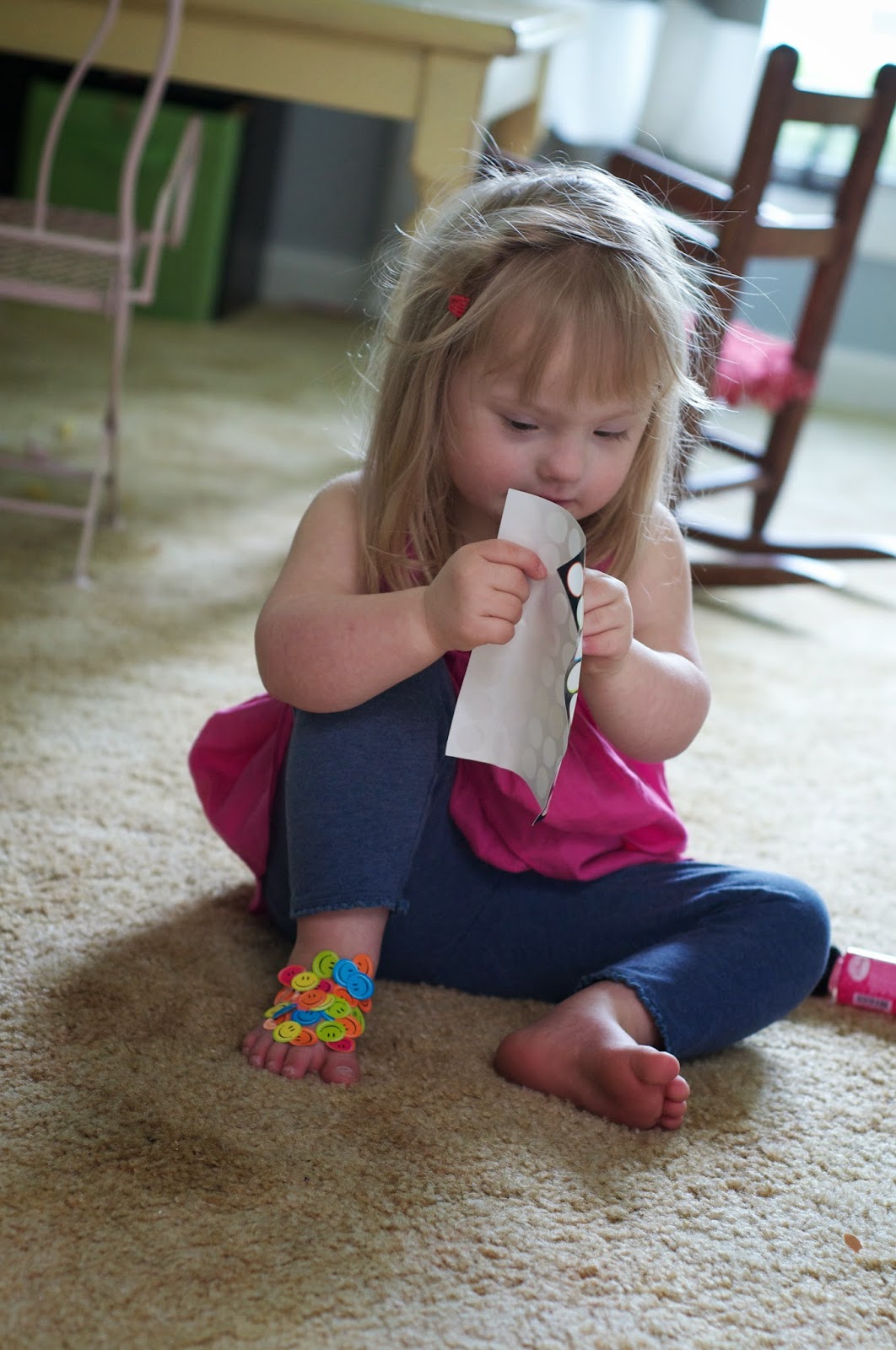 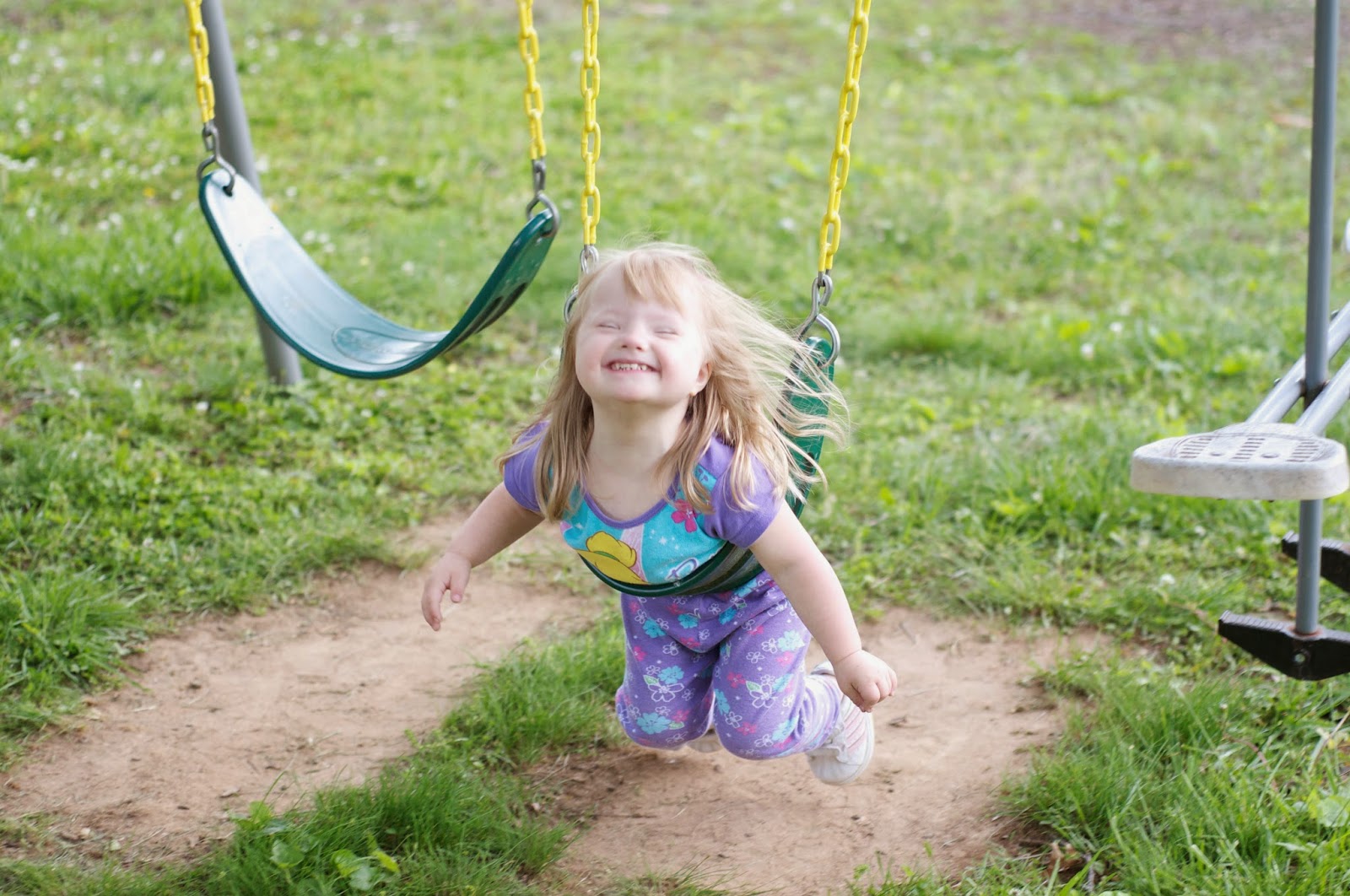 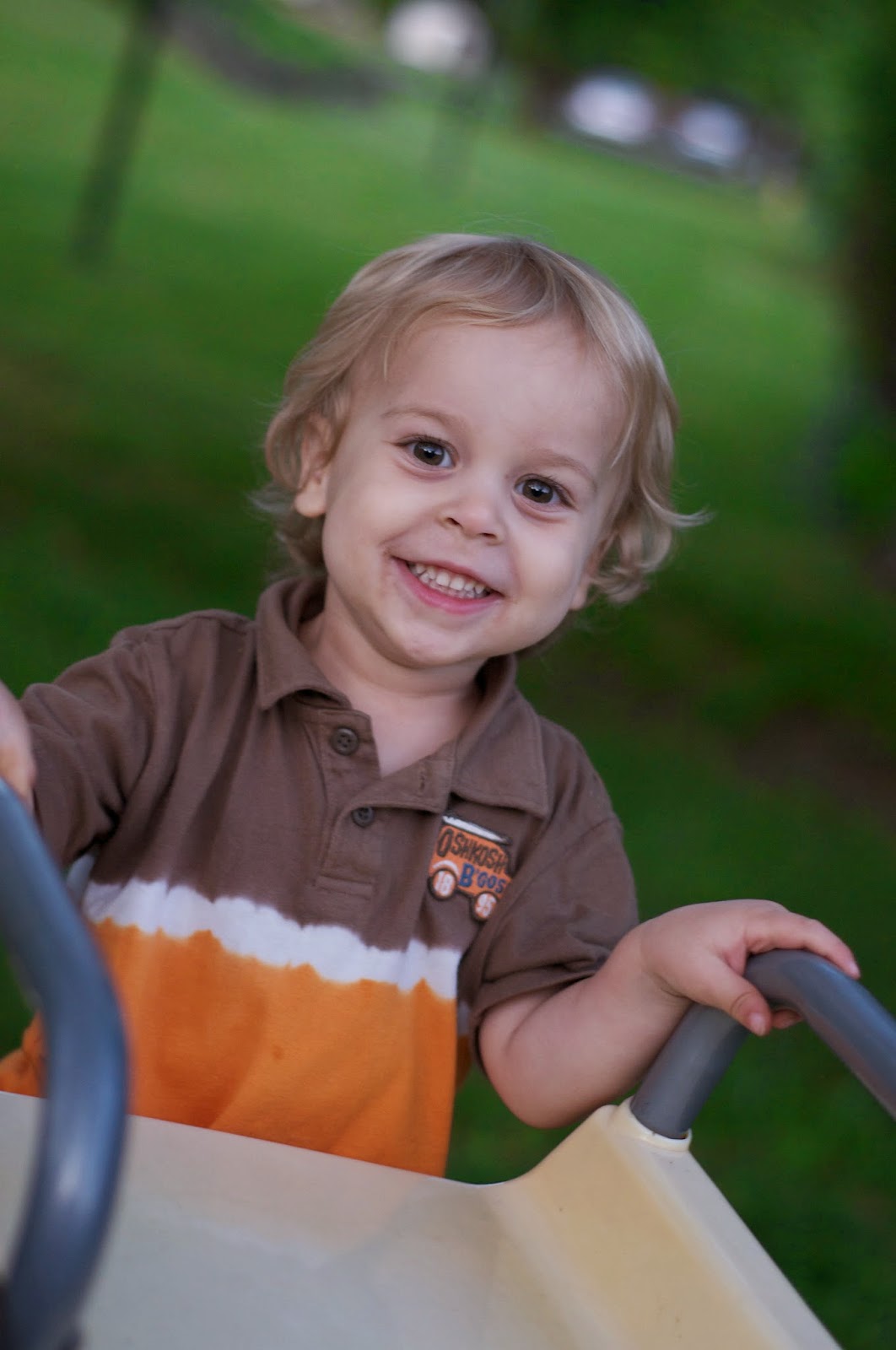 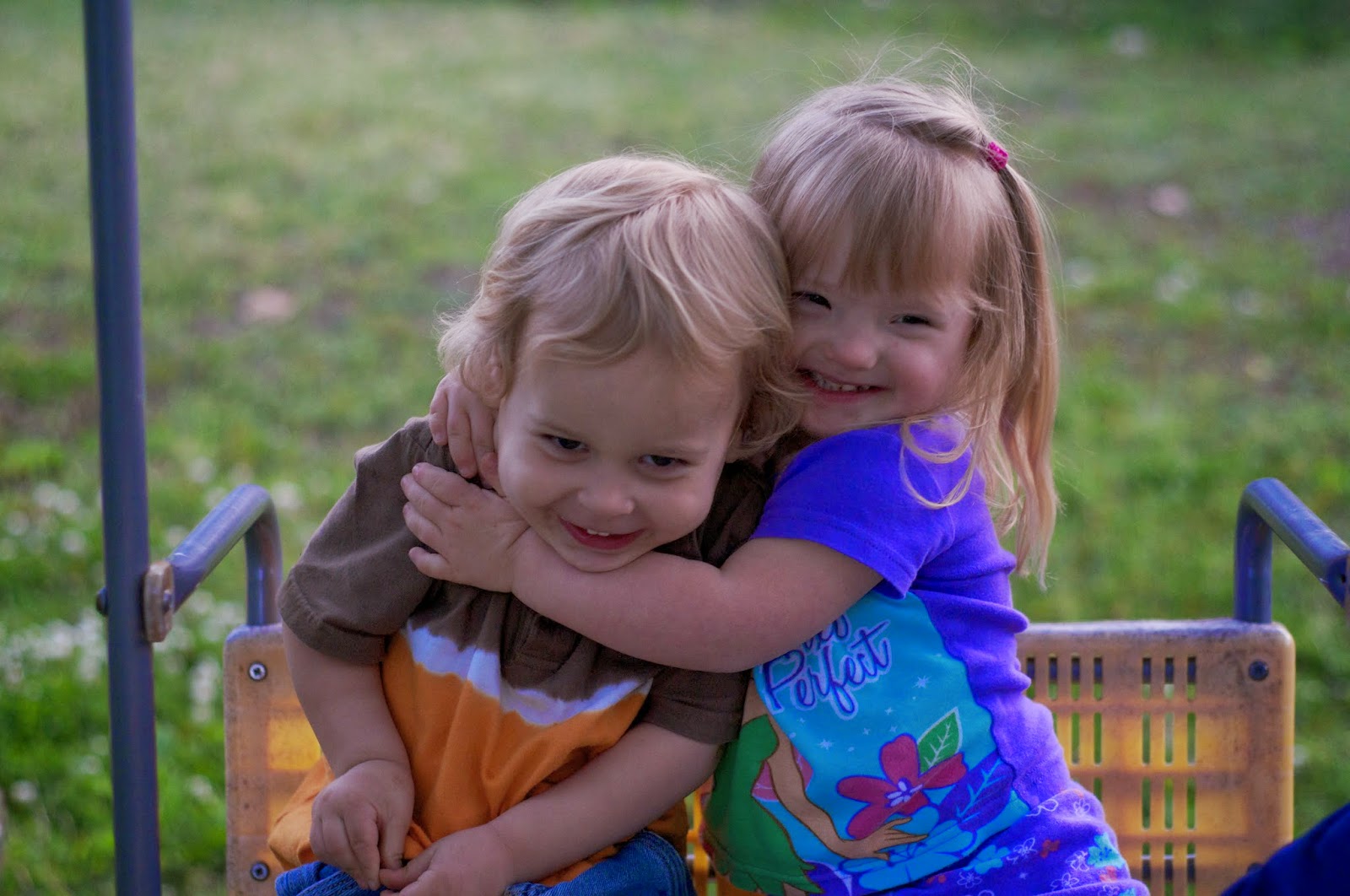 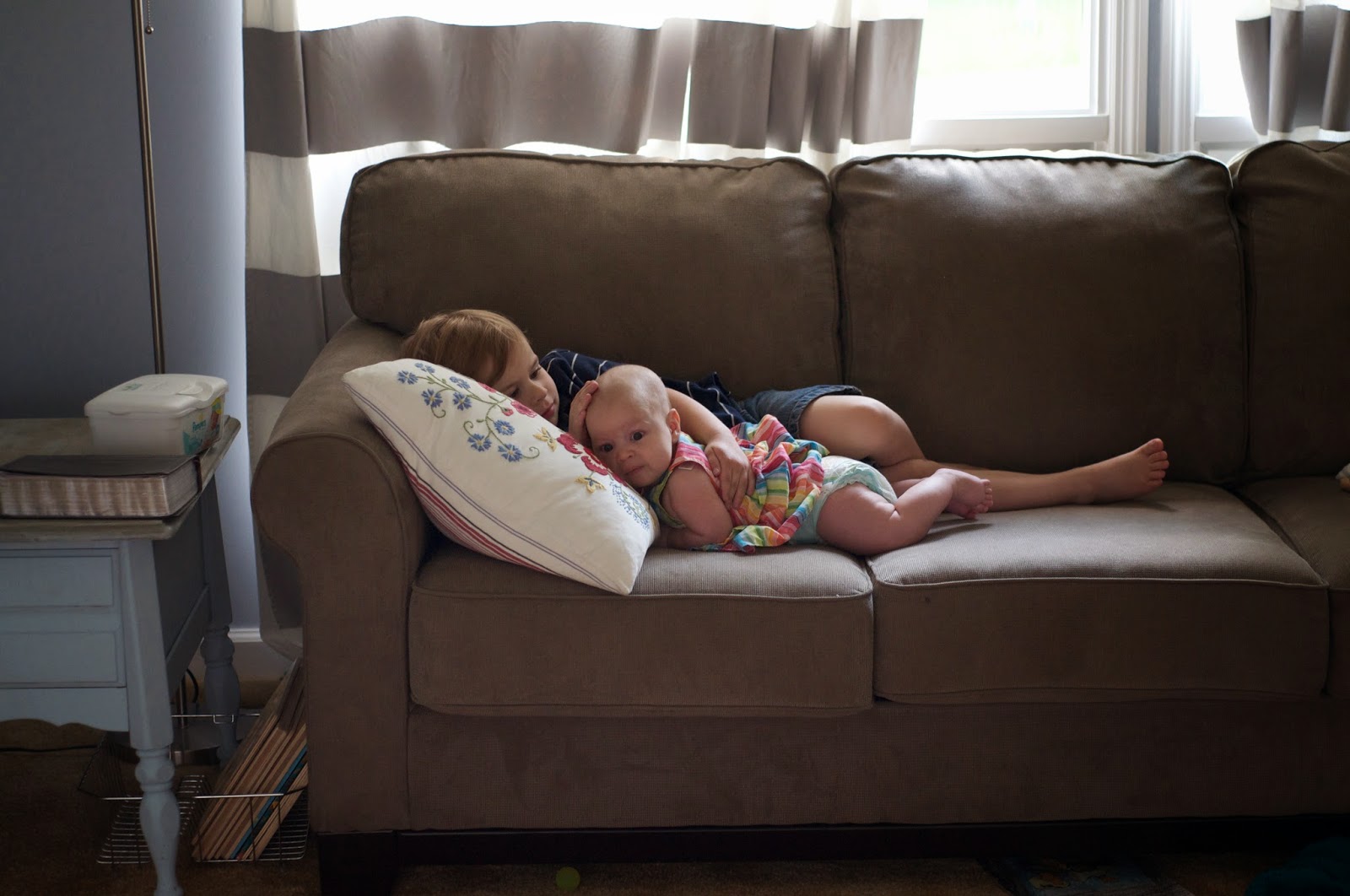 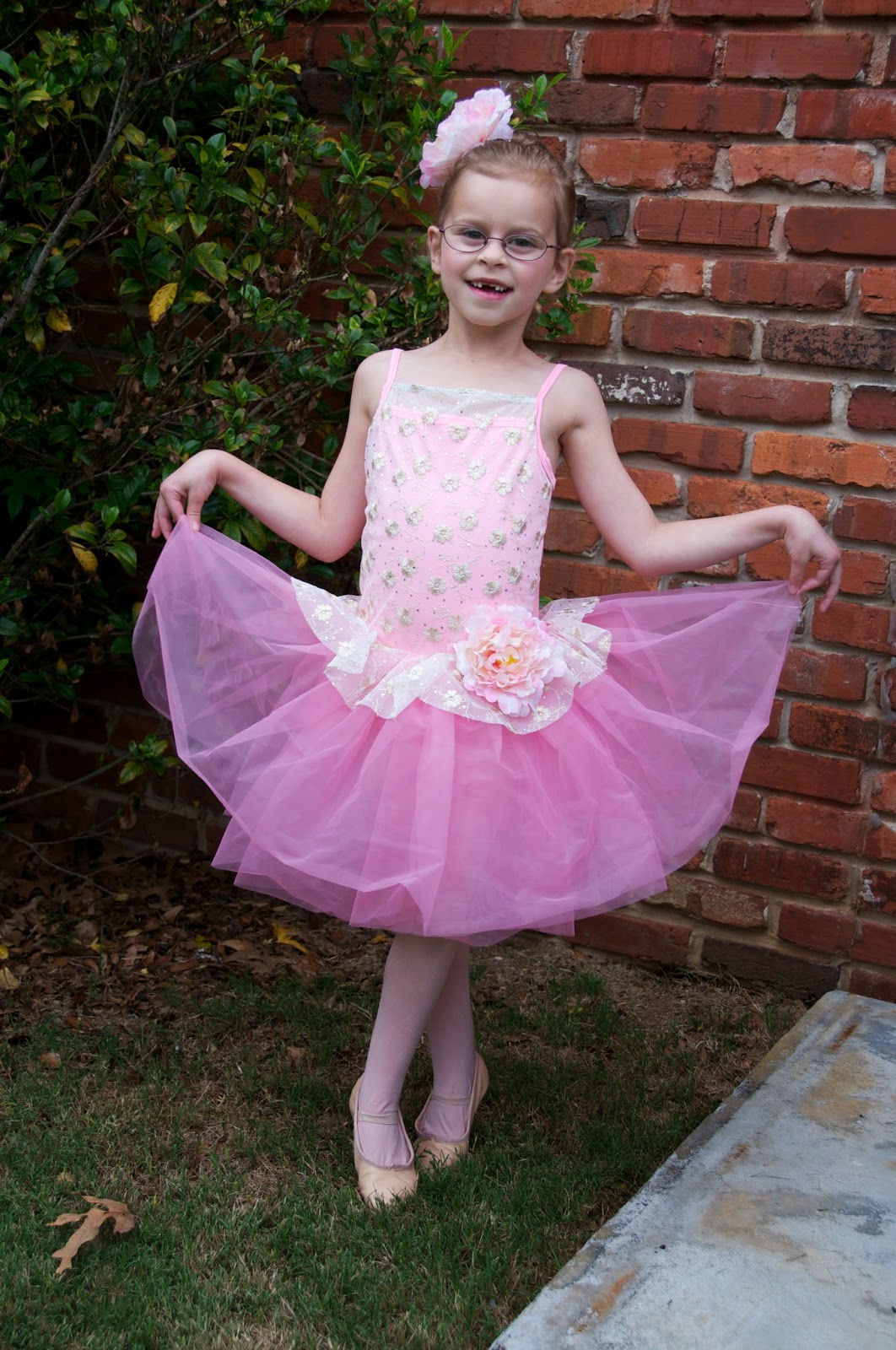