When we adopted Kaylee, we were told that she had an open oval window and a heart murmur, but that both of these had healed on their own. We were also told she had a thin muscle in her heart.

When we were in court, one of the witnesses sitting next to the judge was trying to convince the judge that she would not be able to travel by plane because of her heart condition. Even though we didn't know anything about it, other than what the orphanage doctor told us, we had to convince the judge that her heart would be fine and that she would be fine. We even had to tell him that we had Doctors here in America that we could call if anything went wrong. We do have doctors here, but not sure they would have or could have done anything.

Anyway, fast forward to her cardiology appointment, which was yesterday. When we went into the room with the Cardiologist, he looked at her chart and then turns to me and asks "what is an open oval window?". At first, I thought he was joking, then he said there is no such thing. He asked where she was adopted from, and then said that usually they over diagnose to get them out of the country. Well, I'm not sure if that is true, but it completely makes sense that there is no such thing as an oval window, because I have googled it and haven't found much, other than other adoptive families wanting to know what it is too.

He did an ultrasound and her heart is completely fine. He said it looks like she had a VSD at one time, which is a hole in her heart. He also said that since he didn't see her from birth, he is unsure when it closed. It could have closed before she was born. By looking at how it healed, he could tell that it was a very large hole and if it was there after she was born, then she would have had to have surgery, which she did not. I asked about the heart murmur, he said she did not have one now and thinks maybe there was just a lot of noise before when they checked her.

He said we did not have to come back and everything looks good. Praise God!

Here are a few pictures of the kids:


Playing in the bathtub 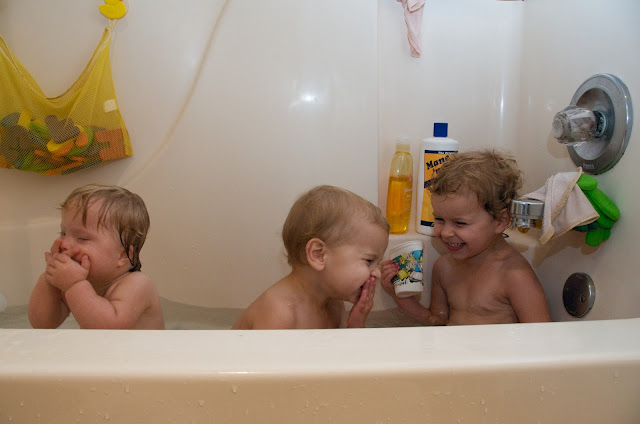 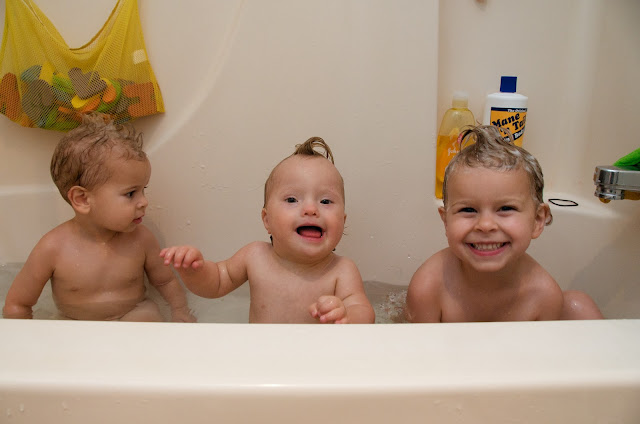 Kaylee got caught playing in the bathroom trash, after this, it has been very hard to keep her away from the bathroom. She is starting to get into everything now. Last night, she dumped all the toys off the toy shelf, trying to climb to the top of it. I just sat and watched her to see if she could do it, and she almost succeeded. 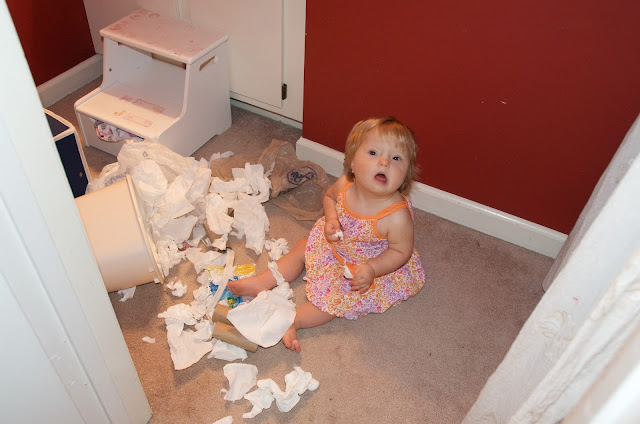 Me and my girls. This was right before I bonked Malika in the nose with the camera. Poor baby, she had a huge bruise and bump for two days. 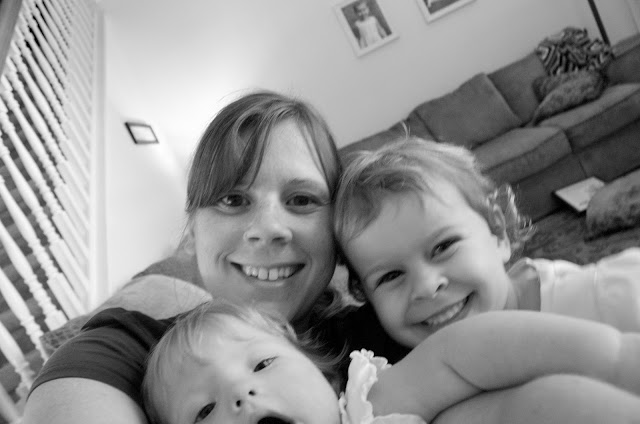 The kids playing with their babies. They were pretending to drive. I love it, Kaylee wants to play with them all of the time now.  Oh, and she loves that baby. One day, I asked her to give me a kiss, she starts looking around for her baby. I think for some reason, she associates "kiss" with banging her baby against her face :) 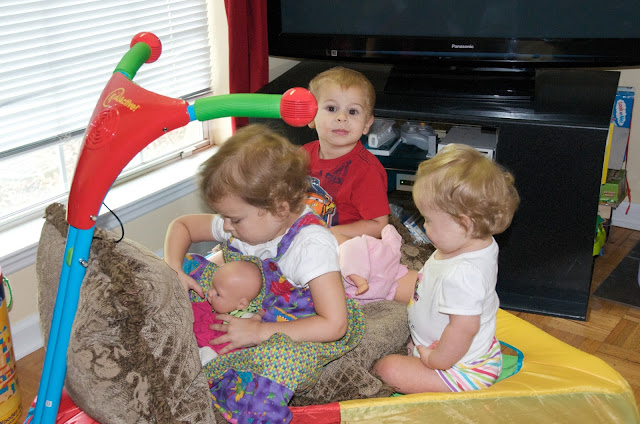