I keep waiting to post on my blog when I have some inspiration and/or time and since neither has come, here are some pictures. :)
Kaylee's favorite thing is still food, although playing outside, going in the car(which she thinks involves food) and shoes rank up there with food. We got a new stove a couple months ago and she loves to watch the food cook. 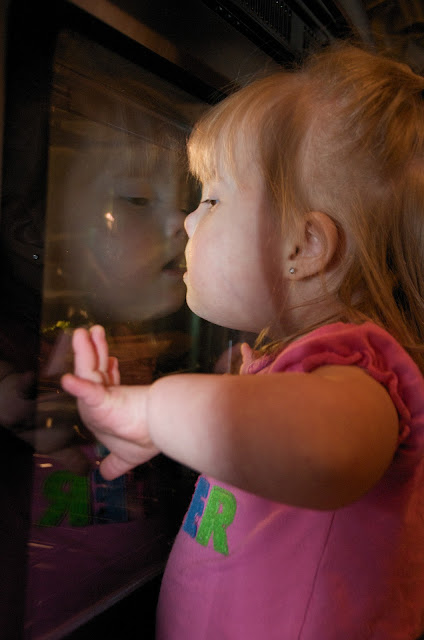 If she hears the timer go off, she always screams (happily) and starts walking towards the kitchen. About a month ago, I tried to work on potty training with her and set a timer, even then she never figured out the timer was for her to go potty. We have given potty training a break for a little while, but she still used it in the morning and after naps and is doing well with that, so we may try starting up again soon. 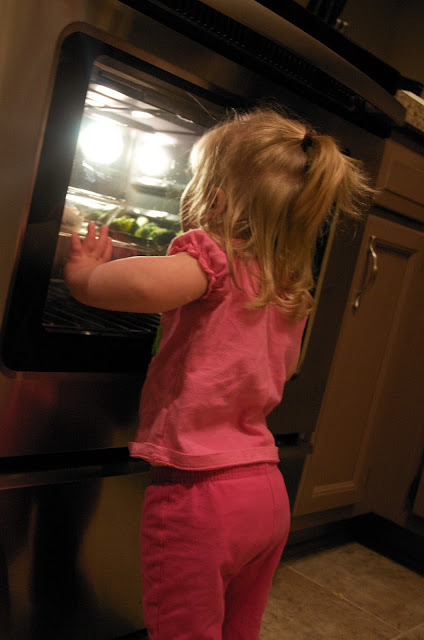 The kids LOVE to play in the sand and mud. I affectionately call Kaylee "the dirt magnet", because she will find dirt and smear it all over her clothes and face. I have started to get a little smarter and dress her in all black. On this day, we had friends come over and they got dirtier than ever before (or ever again :) 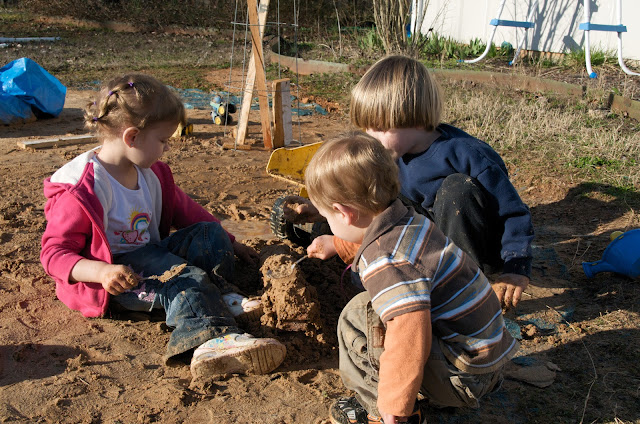 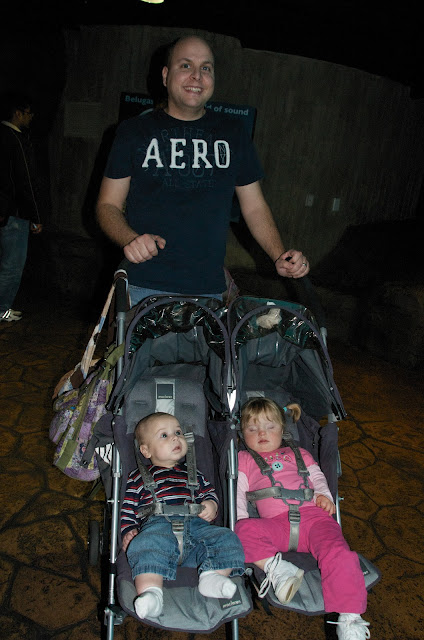 Our sweet little man is 6 months old now. Oh, the time is going way too fast. 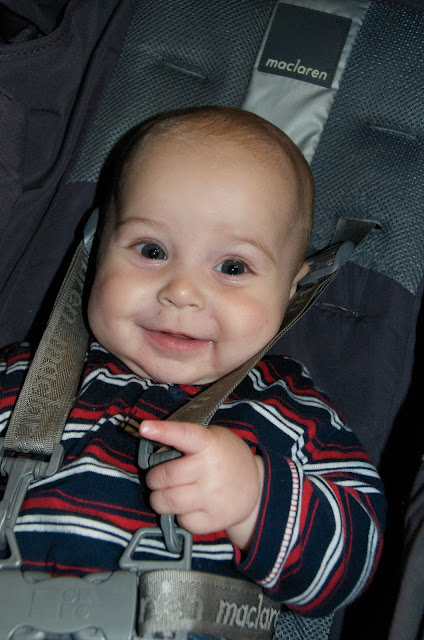 Justus is "officially" potty trained. At least he is not wearing a diaper anymore and stays dry 90% of the time. He does forget to tell me he has to go potty though and will wait until I either notice or just take him. Is this potty trained? Well, either way, I'm sure by the time he is 16, it will be a thing of the past. The other day, after nap, I did not take him potty and he wanted to go back upstairs to get his dolphin book (he has this thing for dolphins now ever since going to the aquarium, this book is really a library book, he loves it so much he even sleeps with it. He is going to be so sad when he finds out we have to take it back) Anyway, he went upstairs to get his book and must have started to pee and panic, so he ran out of his room, trailing pee the whole way, to the stairs and then back to the bathroom. To say I was mad, is really and understatement. I had so much pee to clean up. If only I knew at that moment, that one day I'd probably laugh about it, maybe I wouldn't have been so mad. I was so mad I had to sit in the garage. oh yeah, so then after I cleaned it all up, guess what? Yep, he peed again. 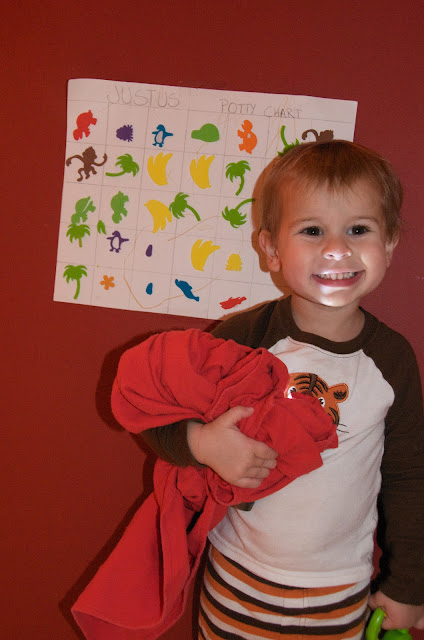 Malika loves to find empty jars, socks, even her clothes to stuff things into. One week she even had blankets stuffed in her clothes, pretending she was pregnant. So, for three days she was "pregnant". Finally, I had to say no more. 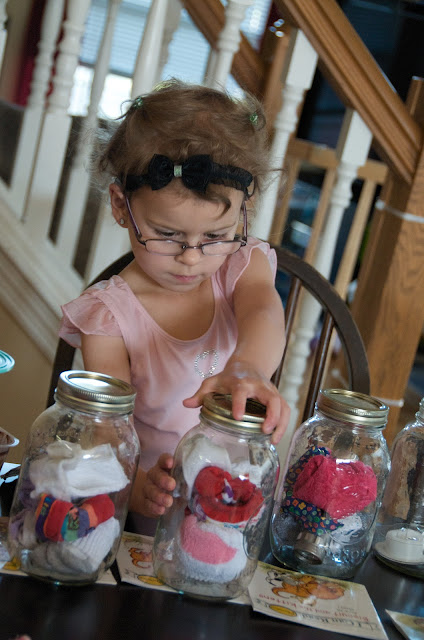 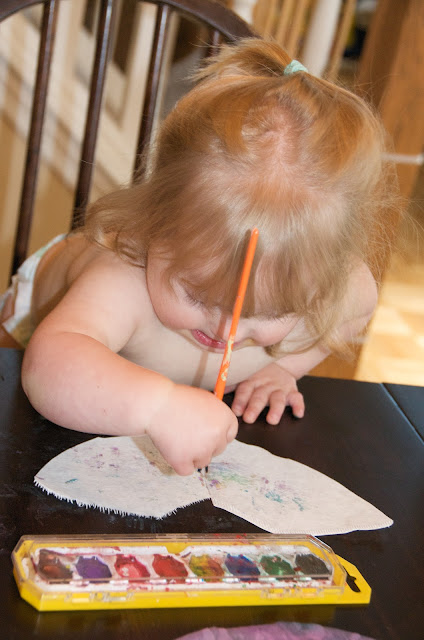 I read somewhere that painting on coffee filters was better, because they don't soak up the water as much. I don't know that they were much better than paper, but the kids had so much fun. We made butterflies with our painted coffee filters. 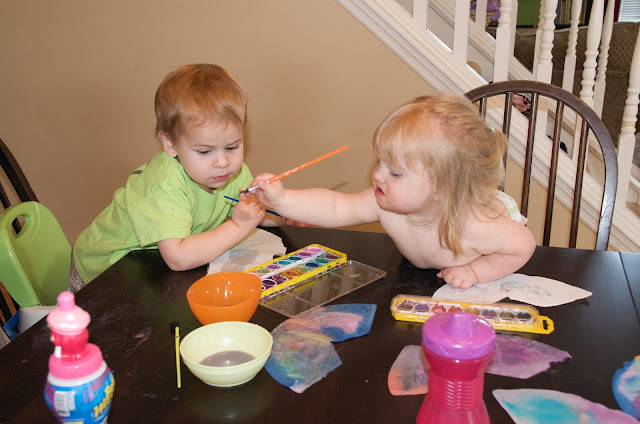 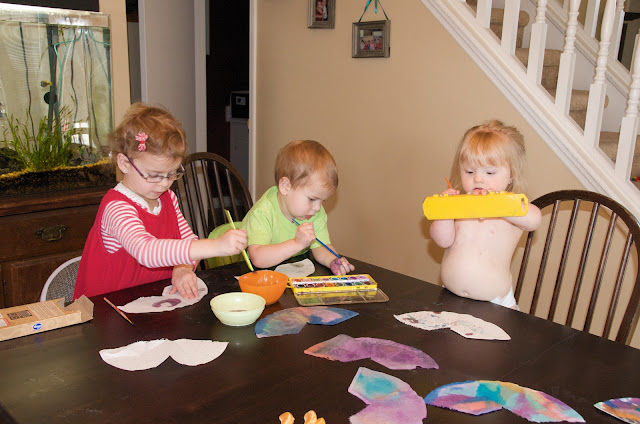 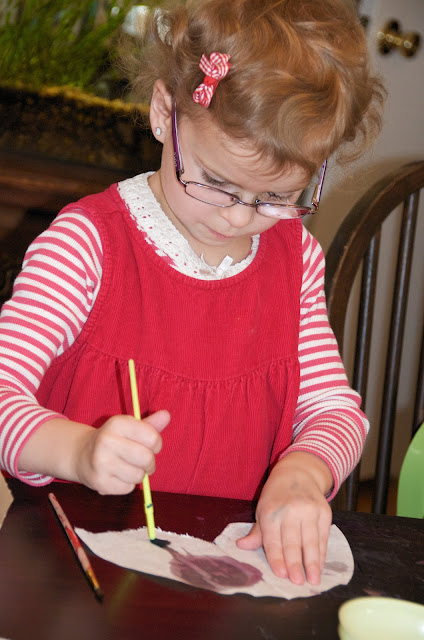 Malika has started to take dance class and loves it so much all she wants to do is where her dance clothes and dance. Isn't she graceful? Ok, really she is just looking to see if there are ants on her foot. 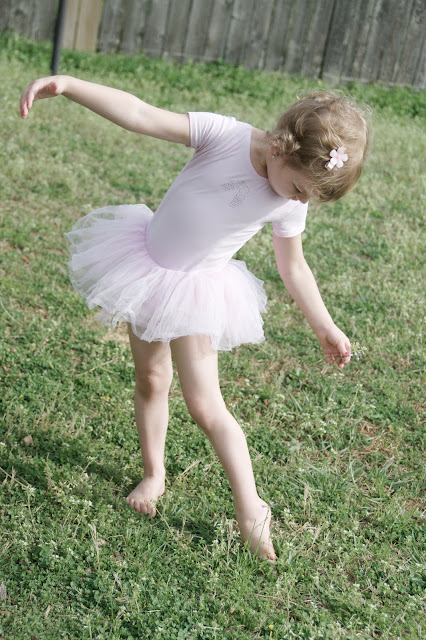 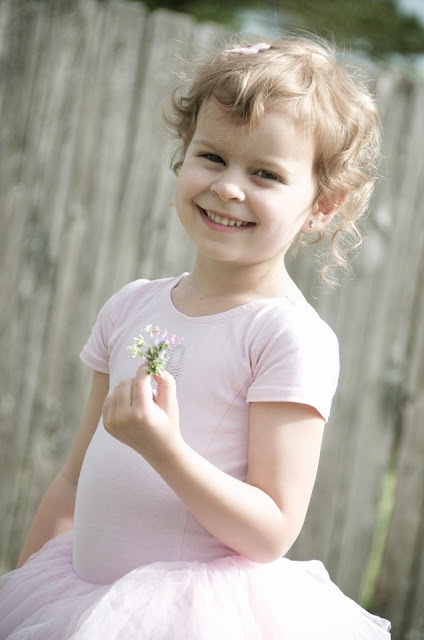 Kaylee still loves the baby. She wants to hold him and kiss him all the time. He loves her too, I think they will be great friends. 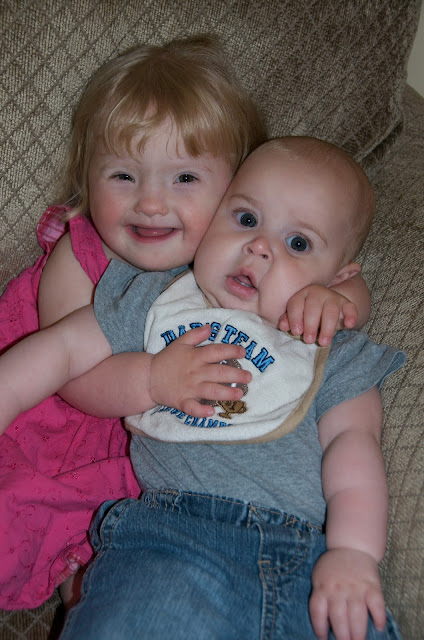 
What? I'm supposed to eat this stuff? 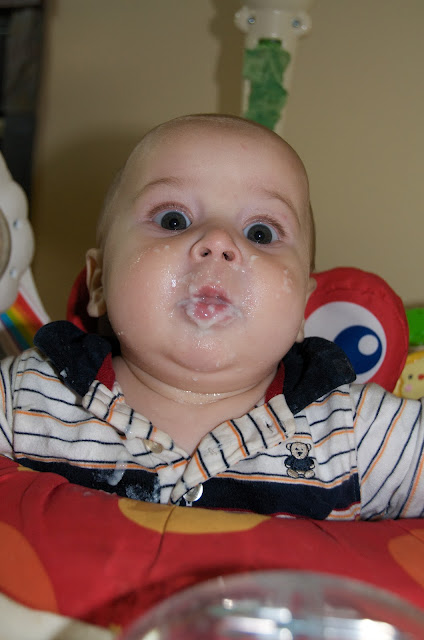 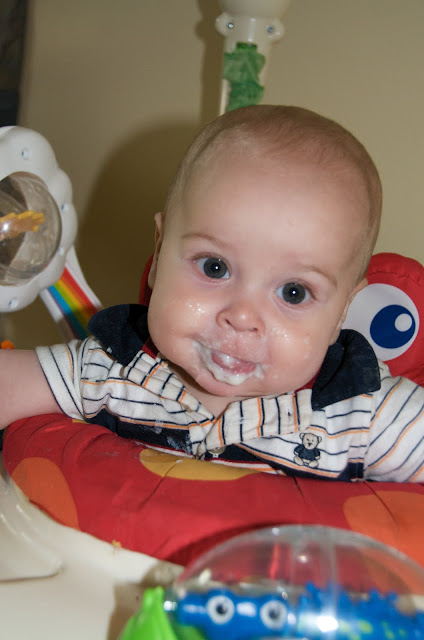 Am I supposed to eat that too? 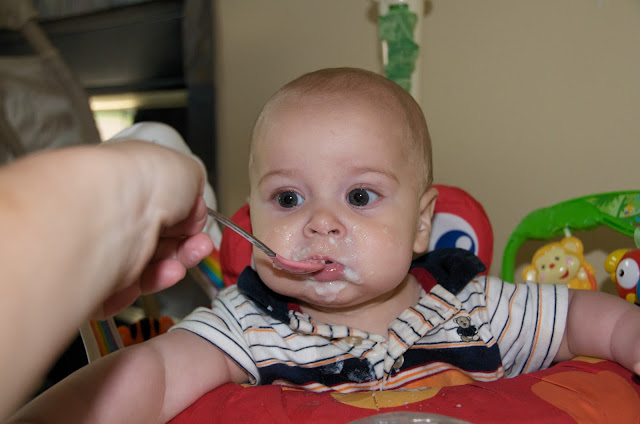 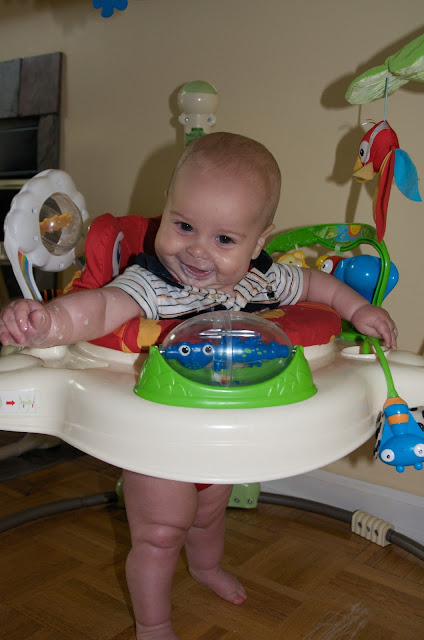 This is my good side, did you get it? 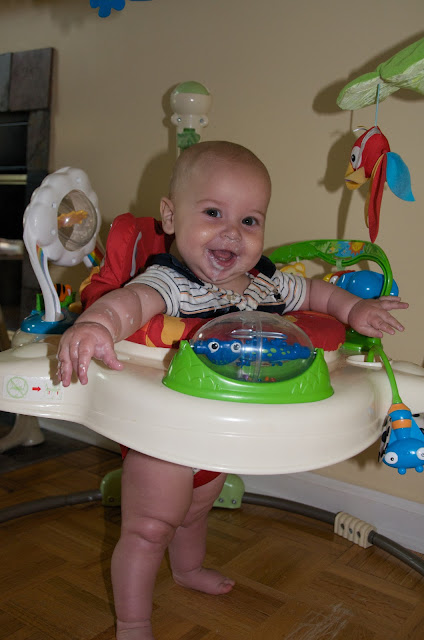 Here, try this angle too. 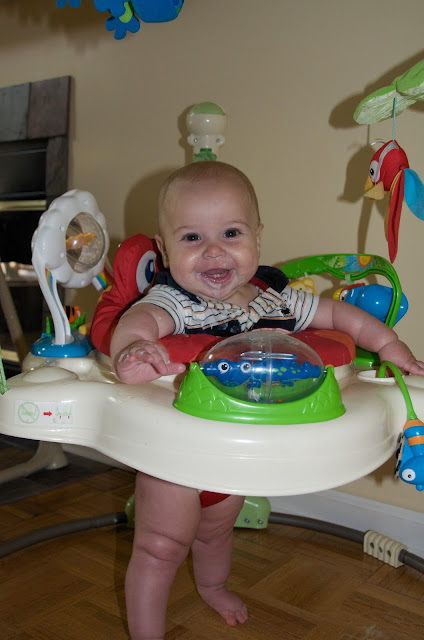 What do you mean I can't be a baby model? 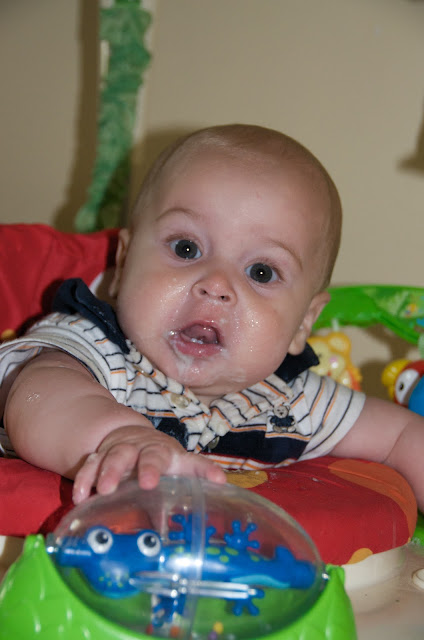 Poor sick babies. Malika loves Seth so much. First thing she does when she wakes up is ask to hold and play with the baby. 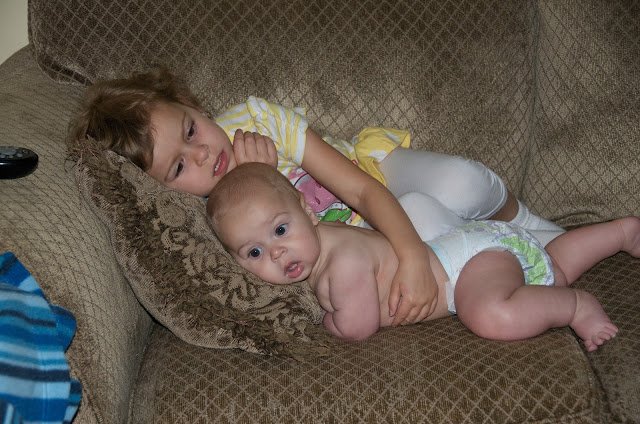 Kaylee is doing so good. I think she takes 3 steps forward for a few weeks, then takes 2 steps back. I really should be used to it by now, but it still surprises me every time. The latest was being around friends. She was doing so well, but then started to climb all over people when they came over or when we would go places. Made me not want to go anywhere or have anyone over.  She usually leaves strangers alone now, most of the time anyway, or at least will ask if she can go up to them.

Anyway, when we would be around friends, she would climb all over them or beg them to hold her constantly. This may not seem like such a big deal, except that we are still trying to form attachments with her. She also, would start doing all the things she knows she isn't supposed to be doing.

After talking with some other adoptive moms, I think I realized I have allowed her to get away with things when other people are around, rather than disciplining her for things she isn't allowed to do. It has been more out of fear of what others will think of me. I have learned that with Kaylee I have to be completely firm in what I say and I never want to come across as mean. I also have this fear that people will think I'm treating her differently because she is adopted.

I have taken the advice and am consistent with her whether we are at home or out. The other day at some friends house, she was sitting on our friends lap and started to take his glasses off. She isnt allowed to do that and already knows that. He said it was no big deal and was trying to get his glasses out of her death grip ( whoever said kids with DS have low muscle tone hasn't met Kaylee :)Anyway, I snatched her up so quickly, she was probably frightened into obeying. I told her we don't do that, and she knows it and put her in time out for a few minutes. We had no problems after that. So, I think I have found the secret.

Kaylee is making such huge improvements in so many areas. She can say "up" now, sometimes I'm not sure she really understands what it means as she says it when it isn't appropriate to say it. But, at least she is trying. She is also saying so many new sounds. And she is signing a lot more and perfecting the signs she already knows. She has about 40+ signs that she uses frequently.

She is so smart. Even though she doesn't talk, she communicates very well.
Posted by Crystal at 4:25 PM